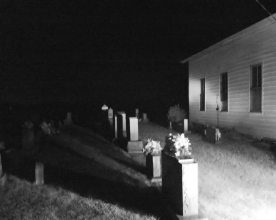 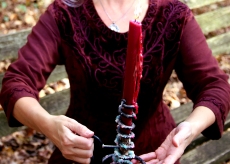 Halloween Eve, of which is also known to many as “All Hallows Evening” and “All Saints’ Eve” is celebrated by many countries on October 31st. The three day observance includes remembering our dear departed loved ones, saints and martyrs by placing candles on the graves of the dead.

The Halloween traditions of gathering with loved ones and friends, eating delicious foods and candies, dressing in costumes (called Guising) and playing tricks on others , are steeped in deep rooted pagan ideology.

It is believed by many that the Celtic harvest festivals like the Gaelic festival Samhain is the precursor and history of our Halloween Eve today. The Celtic festival of Samhain is derived from the Old Irish for a “summer’s end” It happened to be the most important of the four quarter days in the medieval Gaelic calendar of which was celebrated on October 31st to November 1st in Scotland, Ireland and Isle of Man.

The word “Hallowe’en” means “holy evening” or “hallowed eve”. It dates to around 1745 and is Christian in origin.

The end of the harvest season was celebrated and anticipated by the villages and people. The Samhain marked the end of a harvest season and the beginning of the “darker half” or winter. Many people believed this time was essential and spiritual. They believed the “veil was thinner” so spirits and fairies, known as Aos Si, could enter this world more easy during this time.

Many of the things we do today such as dressing up, telling stories of hauntings and spirits, imbibing and enjoying sweets and baked goods, special bonfires and bobbing for apples were embraced by the people of the past.

In Ireland during the 1800’s candles were lit and good tidings offered to the departed loved ones and souls of the dead. Bonfires and fire in general were positioned around fields and homes to protect them. The flame mimicked the power of the sun, of which meant healing and growth and to keep at bay the darkness of winter days and decay.

The custom of wearing a costume or disguise and traveling from home to home reciting verses and songs in exchange for food can be traced back to the 16th century. Many people would dress like the Aos Si, souls of the dead and such thinking that it would protect oneself from the departed spirits.

The fun carved jack- o -lanterns we know of today started many years ago. In Ireland and the Scottish Highlands they would carve grotesque grimaces and faces on hollowed out turnips and wurzels. They would make lanterns out of these to ward off any evil spirits.

The courting candle I am holding in the photographs are from the  American Colonial-era, and are used as a time-keeper marking the length of time a suitor could visit a lady.

The courting candle was a spiral, iron-forged candleholder, used to determine how long a gentleman suitor was welcome to visit. It is believed that a young woman’s father would set the candle to a certain height of his choosing in the candleholder and the candle burning to the top of the holder would mark the time for the suitor to leave.

The courting candleholder was popular in Germany before being introduced to the American Colonies by the early Pennsylvania-German settlers.

View all of Duskflyervisions's posts.

This site uses Akismet to reduce spam. Learn how your comment data is processed.

Donate to ‘The Abandoned Story’ Journeys

If you would like to donate something for my journeys searching and documenting abandoned places, rural haunts, historic cemeteries and towns of Mid-west America, it is very much appreciated. Thank you all for your continued support, friendship and the desire to keep the story alive!