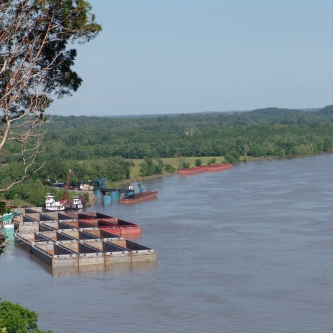 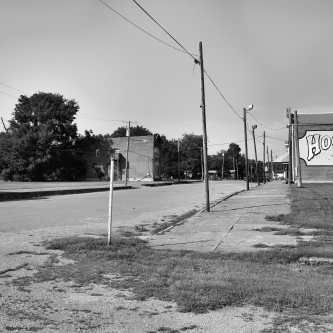 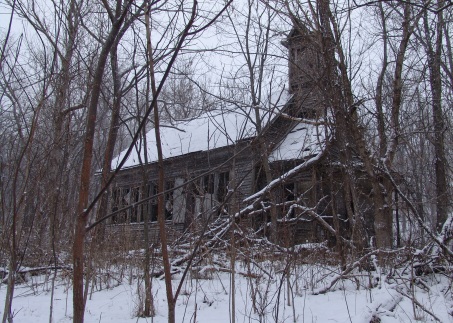 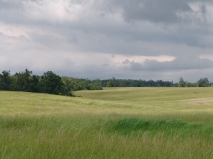 “Mining, it was a career that garnered much respect, much wealth came from the earth, and sometimes much wealth was given back, in a man’s life.” — Tommie Flannery Baskis

The quaint and historic village of ‘Old Shawneetown’ is located in Gallatin County, Illinois. The census of 2010 listed around 5,589 as the population of people living in the county. The 2010 census stated the village of Shawneetown had a population of 193 persons.

New Shawneetown is located in the southeastern part and is the county seat of Gallatin. Prior to 1837, Saline County was actually part of Gallatin County.

Shawneetown, after the American Revolution, was a very prominent United States government administrative center for the Northwest Territory. One important factor was being located  along the mighty Ohio River. This would also prove to be detrimental, for after many productive years the town would come to ruin from the great Ohio River Flood of 1937. The new Shawneetown, after the flood, would be located several miles inland.

Gallatin County is located at the mouth of the lovely, Wabash River along with the neighboring Union County, Kentucky and Posey County, Indiana. This forms the Tri-point of the Illinois-Kentucky-Indiana Tri State Area.

Gallatin County was formed in 1812 from land in Randolph County. During that time, the Secretary of Treasurer, Albert Gallatin, is who the county is named after.

Washington, D.C. and Shawneetown have the interesting distinction of being the only towns chartered by the United States government.

There is one record, by “Hanna on Peter Charter” E.P. Grondine, that states a village was settled here as early 1748 by the Pekowi Shawnee and their leader Peter Chartier.

During the Autumn of 1803, Lewis and Clark, came upon this area with around 20 men as they were heading westward. At the confluence of the Wabash and Ohio Rivers, they came upon the territory that is known as the state of Illinois. The main reason for their stop was to procure an important supply, of which was salt, for their journey west.

As they departed southward they turned their boats on the Ohio River  to Fort Massac.

In the early 19th century, salt production was a booming industry. The native Indians and Early French settlers came to the south side of the Saline River at the Great Salt Spring five miles from Equality

From many of my journeys discovering the history of America, I have always gazed in wonderment at the fine structure and detail of the old stone and brick buildings of days gone by. I have always remembered the Greek Revival Bank in Shawneetown, of which was built in 1839 to be a formidable work of architecture.

The very first bank chartered in Illinois, at Old Shawneetown was built in 1816. The original structure was a log cabin but was replaced by a brick structure in 1822, of which is now known as the John Marshall House. There are only two brick structures in town. 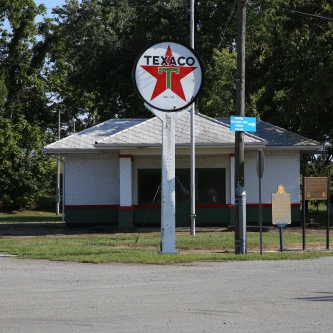 There are many wonderful men and women, and many stories to tell, who have made Old Shawneetown a special piece of history in America. Good families who worked hard in the coal, salt, fluorite mines, railroad and river industries.

By the toil of their sweat, laughter, love, beliefs and sometimes by their blood, these people weaved their stories into their towns, families and American history. These are some of the people that have come and gone; people who made and built this country.

Gallatin and Saline County, Illinois has its roots deep in river, rail and coal mining. This is an extremely interesting and lengthy subject for me. I will only give a brief ‘touching’ on the subject of coal . There are so many fascinating stories from the past and discoveries of coal seams with the big coal mine companies such as Peabody Coal Company. Some of these stories are good and some of them have ended in tragedies for the hard working men that mined these large caverns.

The information I present below is from ‘A Compilation of the Reports of the Mining Industry of Illinois from the Earliest Records to 1954- Department of Mines and Minerals.’

One of the very first coal discoveries North America was made in Illinois by Joliet and Marquette, as an exploration voyage in 1673. The discovery of coal seams was found in bluffs along the Illinois River in the vicinity of Ottawa and Utica.

Another discovery of coal, was recorded in 1668 by Father Louis Hennepin who referred to the State of Illinois. Authorities are not sure as when and by whom this discovery was made.

Taken from “The World’s Cyclopedia and Dictionary of Universal Knowledge”  it deems the honor of this discovery to Father Hennepin in 1669.

On the Illinois River near what is the present site of Ottawa, La Salle County. “Mineral Resources of the United States, Part 2, 1913”, at page 832 says: “The first mention of coal in the territory which afterward became the United States is contained in the Journal of Father Louis Hennepin, published in 1698. The Journal contains a map on which is marked ‘cole mine’ on the banks of the Illinois River near the site of the present city of Ottawa, Hennepin having passed through this region 30 years before, in 1668.”

It would not take long before explorers and settlers knew how rich the coal seams of Illinois were. It would actually be a century before people would discover coal existed in Pennsylvania and other parts of the country.

William Boon, is recorded to be the first man to mine coal in 1810 in what is the present Jackson County, Illinois, before it was a state. The records were loosely kept around the 1830’s but it was not until 1882 that the State of Illinois would keep more impeccable recordings of mining.

There are around three-fifths of the state of Illinois that is under laid with coal deposits and seams. It is known to have eighteen geographical seams of coal identified in sections of the state. They all vary in depth and thickness, some ranging as deep as 1,000 feet, outcropping in river banks and sides of hills and bluffs.

Almost all of the Illinois coal is classed as a high volatile C bituminous coal. This means it is moist mineral-matter-free basis, B.T.U. from around 11,000 to 13,000.

Gallatin and Saline with most of the southern Illinois mining fields is classed as high volatile B bituminous coal, moist mineral-matter-free basis, B.T.U. from 13,000 to 14,000.

It is of great interest to say that a very High -volatile A coal, moist mineral-Imatter-free, B.T.U. over 14,000, fixed Carbon less than 69% volatile matter over 31%, has been discovered in the Eagle Valley of Illinois area of Gallatin County south of the Shawneetown fault line.

It has been recorded that  Illinois has the largest known reserves of bituminous coal in the United States. It has been estimated that the total is around 137 billion tons.

North Dakota and Montana are the two other states which have solid fuel reserves that are more immense than Illinois, but their reserves are almost all subbituminous coal and lignite.

From the 1966 Annual Coal Report it is mentioned that during the pioneering and settlement of Illinois, the use of coal was mostly by blacksmiths. The smiths were not as aware of the use of coal because most everyone during that time relied on the burned wood or charcoal from the heavily timbered land. The coal that was used was because it was taken from the exposed seams along river bluffs.

Illinois coal has been a monumental player through history up into the present in the development and industrialization of Southern Illinois and major industrial centers such as Harrisburg, Rockford, Peoria, Decatur, Springfield and dozens of other Illinois towns.

Coal mining has paved the way for Illinois to become a major industrial center and transportation hub in this nation. In America’s past it was coal mines that encouraged building and infrastructure  of railroads, barge lines and river traffic.

The great efficiency, vast supply of coal and broad enterprise of our mine labor, operators and engineers have built upon this great legacy in underground mining and also the development of strip mining, that in present day accounts for 57.1 per cent of the total coal production of Illinois also an even greater percentage of coal produced for shipping to other places.

From the Coal Mining History it is stated in ‘Coal Mines in Illinois, Gallatin County’ that the Mining in Shawneetown Quadrangle that the earliest mining was at Bowlesville Coal company Mine before the Civil War. The latest mining was completed in 1933 at Peabody Coal Company’s Eagle No. 2 Underground mine.

Mining done at this quadrangle took place mainly in the Herrin Coal and Springfield Coal. I want to interject an important fact from my friend and coal expert, James Lindsey from Energy Plus and Lignite Power LLC in Harrisburg, Illinois, that the Springfield was also known as the Harrisburg. The Harrisburg coal seam is known as number 5 and the Herrin coal seam as number 6.

Some of the mining was also done in the Davis & Dekoven Coals, Briar Hill Coal and Gentry Coal.

I want to finish on the note that many brave, hardworking men put many successful years behind them and good livings were made from the coal industry. The coal industry came with risks, of course like many occupations that made this country wonderful today, but these men raised good families and were able to provide for their families through their toil, sweat, friendships and industrialization of the early years of coal mining. Many changes have arisen to ensure the safety of workers including more advanced machinery and technology.

I feel very honored and grateful to acknowledge and remember the hardworking men who gave their all and sometimes their lives, in the building of this great country of America.

I will list one of the tragedies, that was an explosion in Harrisburg that took the lives of 11 men .

“Mining, it was a career that garnered much respect, much wealth came from the earth, and sometimes much wealth was given back, in a man’s life.” –Tommie Flannery Baskis

The story below is a newspaper excerpt from Marion Semi-Weekly Leader; Marion, Illinois, on Tuesday, September 6, 1921, Page 4 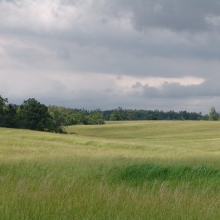 ← A Journey after the Storm, Mimosa by the Forest and the Broken Window House
The Lightning Walnut Tree →

This site uses Akismet to reduce spam. Learn how your comment data is processed.

I have always enjoyed finding “a lost story” among the ruins of abandoned places. There is a mystery, a hidden story to be unlocked from those things and people that have come before us. It is like a quiet force that calls to me…to discover what must be seen and understood.

I have a desire to shine  light upon these things, places and stories. “In capturing that moment in an abandoned place with my camera, the dream and vision become one. The light is now upon it.” The story and vision will be transformed and shared in the hope of passing along a story that once was more than a forgotten dream.